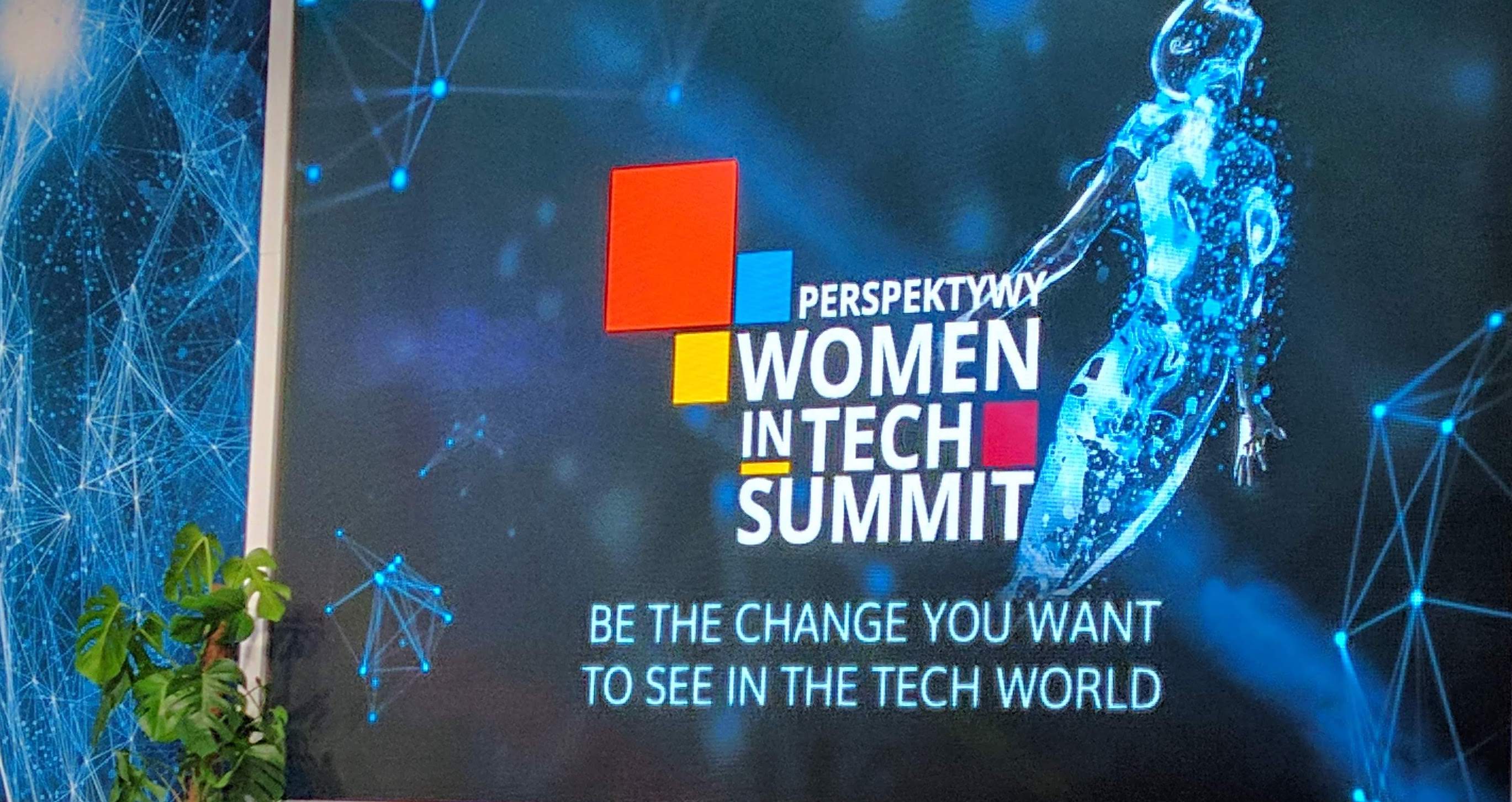 As you may know, I am a Scrum Master and Agile Guide at SIENN. I am working in diverse environment, because in our company there are lot of parents, last year’s students, Polish, Dutch, women, men. Policies of our company are so valuable that it is clear for everybody that we all are equal when it comes to our competencies and experience. We all respect each other and this is normal. We do not call ourselves company involved in diversity program. We are normal software house with…women on board.

When I decided to go on Women in Tech Summit in Warsaw, I wanted to be inspired. I had real expectations. I was fascinated by how it is possible that so many powerful women are going to come to one place, and discuss, and help, and inspire other women. I was motivated to go and see, to experience.

Maybe the idea was great, but organization failed. There was more than 2.500 people each day at the conference. It was two times more than the organizer predicted. It was especially visible during lunch time, when there was less food than people. As a solution to hungry attendees, the organizer ordered pizza and thought it solved but then again the pizza was only with meat, so if you are on a vege diet – you were to be hungry (even though it was said that there will be vege options). The conference was quite expensive and a welcome package was promised to every sold ticket which contained: cotton bag, ID with leash and competition coupon which allowed an attendee to take part in various contests. I didn’t get any of these, because there was more people than expected. My question is: How was it possible? The problem increased, when I wanted to join workshops. Despite having a reservation you had to have a pure luck to attend as there wasn’t enough seats for all signed people. Many people registered, got confirmation sent by mail and then lose the spot without any explanation. Even though there were six various workshops at the same time, there were only twenty spots per workshops, so only about 5% of attendees could join. And once more, it was an expensive conference. Furthermore, they have printed out a schedule with all those useful information about speakers, organizers, workshops and… some mistakes which prevented from using it.

I felt disappointed and tricked. The conference was not a conference in IT/TECH meaning at all. It was not even a discussion panel type of conference which was promised. I would say that it was ‘the story of my life’ meeting. Almost all the guests, who have great experience and knowledge did not share it in my understanding as they only answer question after question and it seemed more like an interview than a discussion. Moreover, only moderators got to ask those questions so the experts could not engage with public nor with themselves. Speakers couldn’t discuss with each other to compare their experiences, there was no space for synergy I hoped to be the part of. Discussions were fully moderated and there were situations when the discussion was not related to the topic, as it was i.e. with discussion panel about Leadership. Discourse moderator tried to build a negative pattern for the presentation from the very beginning, and she was talking about inequalities between women and men in business. I was angry at how the moderator could destroy such a great topic. Speakers then, had chance to share with attendees how they became leaders in their organizations. They, however, didn’t focus on inequality, like it was introduced. They focused on their decisions and what is motivating, none of them said that their success was occupied by fighting or austerity. There were stories about consistent faith in hard work and values of transparency, self-confidence, honesty and great curiosity in world, and this specific approach which says: I want to do my work right, or I won’t work in this company. All of the speakers did not talk about gender differences or inequality but about hard work, determination, passion and discipline which caused them to succeed. The success was not to become the general manager, but to be the best in their work. All of the speakers said: Focus on your competencies and values you believe in, and go for it! Find a job you want and you believe you are good at. And it wasn’t about women in tech but about motivated people.

And so there is another weak point of this conference. I am 30+. I have 15 years of professional experience in my life. I started when I was a student and climbed on professional ladder to be where I am now. I was determined and focused. I truly understand the message of this conference, but it was not the message for me. The conference, in my opinion, was dedicated to many, many students and young women who are on their professional start and they need to decide which way is their way. I was not a target there. And after I realized, it was not for me, I understood why it was a little bit ‘halle of fame conference’.

The problem I see is: why these kind of events are so involved in dividing people on women and men. Why the discourse is so negative, why moderators are led to talk about inequality and why are they not trying to talk about equality according to the competences. We need to support people no matter what gender they are to make them believe they can be experts in discipline they really enjoy. It is very hard to see how talking about diversity is dividing people on women and men without focus on discipline, competencies and experience. I don’t agree that we need this kind of events as events for women. We need them for everybody to help people understand that the real value for us is focused on equality without thinking about diversity which is nothing more like ‘dividity’. If we want to diverse we are focused on differences, meanwhile we should focus on people and their competencies. And thanks to people like Joanna Kapica, Saida Yusupova and Joanna Lamch I feel I did not waste my time. They are the biggest value I got during these two days.

And to sum this up, I am happy I am working at SIENN. We know, we are diverse, so there is no space for ‘dividity’. Basing on our competencies we are doing our best. And it works because we work in supportive environment. Equal environment.

Refinement – what is it and why do we do it?

Refinement is an important process during each sprint. Defines maintenance scope and helps working with priorities for the future.

What can we do for you?

Get in touch with us to explore opportunities or request an intake.